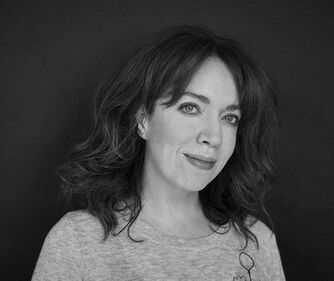 Erin Kelly
​I was born in London in 1976 and grew up in Essex. At Warwick University I read English, and began working as a journalist in 1998.

Growing up I read classic suspense: Barbara Vine, Daphne du Maurier and Patricia Highsmith were my idols. I only really became a journalist because I thought it might be a good launch pad for writing fiction. It took me a decade to make the shift, but in 2008 I flipped my usual work routine: treating the novel as my day job and scratching a couple of hours’ journalism in the evening until six months later, I had a book.

I called it The Poison Tree.

My debut was good to me. ITV adapted it for television, it became a Richard & Judy bestseller and was longlisted for the CWA John Creasy Award. On 1 April 2010 I got an email from Stephen King saying 'I wish I’d written it' and was so convinced it was an April Fools' joke that I didn’t say thank you for two days.

Since then, I’ve published seven more psychological thrillers and in 2014 I was chosen to write the novelisation of the BAFTA-winning Broadchurch.

We Know/You Know and He Said/She Said were also Richard and Judy picks, making me one of a select few authors to do a hat-trick. He Said/She Said spent twelve weeks in the Sunday Times Top Ten bestseller lists and was nominated for a clutch of awards. My books have sold over a million copies and been translated into 25 languages.

My new thriller, Watch Her Fall, is a deadly cat-and-mouse game between two elite ballet dancers, set in a London theatre during a production of Swan Lake. It was written in lockdown. Described as Black Swan meets Killing Eve, it contains the most ambitious twist I’ve ever written.

As well as writing fiction I continue to work as a journalist and also teach creative writing. I live in north London with my husband and two daughters, and an ever-growing collection of toy lambs. Trust me, it’s best not to ask.

Sarah Hilary
I was born in Cheshire, close to Manchester which was my big city growing up. I studied The History of Ideas at university, writing my thesis on 'The Hero-Villain in Gothic Literature'. I lived in London for thirteen years before moving to the Cotswolds then Bristol and Bath, before settling in Ledbury in Herefordshire.

In the last four years, I began travelling with my son: to France, Spain, America and most recently Japan where we spent a month in January 2020. I've been obsessed with writing a Japanese ghost story ever since.

My debut, Someone Else's Skin, won Theakstons Crime Novel of the Year in 2015 and was a World Book Night selection. The Observer's Book of the Month (‘superbly disturbing’) and a Richard & Judy Book Club pick, it was a Silver Falchion and Macavity Award finalist in the US. No Other Darkness, the second in my D.I. Marnie Rome series was shortlisted for a Barry Award. Book six in the series, Never Be Broken, came out in paperback last year and was recently described by a reader as having 'a lightning rod of grief running through it'. It has a ghost, but not a Japanese ghost. ​

Fragile is my first standalone (publishing on 10 June 2021). Mick Herron called it ‘a dark river of a book’ while Marian Keyes praised my ‘almost scalpel-like ability to dissect human motivation and convey it deliciously devoid of sentimentality’.

Inspired by my love of Rebecca and The Handmaid’s Tale, as well as the thrillers of Patricia Highsmith, Fragile is a study in loneliness and control, which explores the cost of human frailty. I wanted to create a compelling and claustrophobic world, set largely on two stages – the secretive and secluded Starling Villas in contemporary London, and a lethally alluring lake in the Welsh mountains. As a psychological thriller, it’s slippery and, I hope, disturbing and brimming with atmosphere.

I’m currently working on a thriller set by the coast, where a family’s forever home turns out to be a murderous nightmare they can’t escape.

I’m saving the Japanese ghosts for another day.